Wilfried Gnonto's third Italy start makes him the only attacker to start three times for the Italian national team before the age of 19 since before World War 2.

Inter owners Suning could be unlikely to sell the club in the immediate future due to the financial prospects of a sale. This according to Italian business journalist Marco Bellinazzo, speaking to Italian broadcaster Radio Nerazzurra, who detailed the circumstances that would make a sale difficult for the current owners, whilst he also explained that President Steven Zhang would also be personally reluctant to leave. Suning have been persistently linked with a sale of Inter over the past couple years as financial problems brought on by the pandemic have mounted. However, the owners would not likely wish to sell the club for a cut-price fee considering the amount that they have already invested over the course of their time in charge. While there have been a number of parties reported to have a serious interest in purchasing the Nerazzurri, none of the offers have met Suning’s valuation due to the fact that the club’s financial situation limits how much potential buyers would be willing to put forward. “We have to emphasize that Suning has had many difficulties related to the collapse of the Chinese economy, it has been helped by the Chinese government with the equity intervention of other major national companies,” Bellinazzo said. “However, the group has tens of billions of dollars, is a giant, and would not have problems in spending on Inter, perhaps not at the level they had been during the early years of their control but adequate levels,” he continued. “Chinese policy, however, prevents these investments,” he noted, “new directives will be given in the next assembly of the Communist Party and most likely there will be a ban on investing in overseas football clubs, instead focusing on investing in local football clubs.” “So Suning have a political choice to make with regards to all of this,” Bellinazzo explained. “As for the Zhang family, which has a large holding of shares in Suning, they’ll have to comply with these directives, but at the same time they’ve made big investments and would like to turn a profit.” He estimated this desired profit as “€600 million at the least, it would be difficult to obtain a capital gain from the sale of Inter. So that €1.2 billion amount is a minimum stake in order to avoid talking a big hit on their exit.” “But that’s where the market becomes tricky, because if the seller is in that kind of a situation with respect to bonds issues, then the bidder is of course likely to make a lower offer,” he continued. “There is interest in Italian clubs and also in Inter,” Bellinazzo emphasized. “But the important thing is seeing when supply and demand will converge.” Bellinazzo further explained that “Oaktree is not a direct creditor of Inter but of the company above Inter in terms of the chain of control. Clearly the Zhang family is exploring the market, but then Steven is working closely and continually.” “If it were up to him he would continue to be at the helm,” he said of the current Nerazzurri President, “so finding a partner who could alleviate the liquidity problems would be ideal.” “But who’s going to be willing to put money in just to let him continue in control?” he posed. “So there’s where it becomes difficult to find a minority partner, which remains their first choice.” “If we look at the sales over the last two years, we see that they are made by funds together with entrepreneurs from the US sports business world,” Bellinazzo noted. “They’ve already bought more than sixty clubs in Europe over the last two years, nine of which are Italian,” he noted. “Chinese companies don’t buy anymore, and then the Russians are selling,” he explained, “while the other area of ​​investment is from the Middle East in the form of government funds. The main ones, however, already own several clubs.” “Experience suggest that if a large fund comes to buy a club they’re hardly going to accept being in the minority, or at least not for long,” he emphasized. As far as what Suning intend to do if no offer meeting their valuation arrives, Bellinazzo predicts that the owners will “Keep going until the bond with Oaktree is renegotiated.” “There they’ll have to make a choice: extend the debt, provided Oaktree accepts, or see Oaktree become the owner of Inter,” he continued. “And then they could have a similar situation as with Elliott Management, holding the club before putting it on the market, or deciding to sell it immediately, perhaps obtaining a capital gain,” he predicted. “The problem is the financial debt which is very high at Inter right now,” he noted. “Selling at €1.2 billion would provide a small bonus, also linked to the image of the club, which however is deteriorating.” “Continuing to cut salaries risks further diminishing the quality of the team on the pitch, whilst the emotional connection with the fans is already fraying,” he went on. Bellinazzo stressed that “A choice must be made, considering however that the buyers are now stronger than the seller.”

Marco Bellinazzo: "Difficult For Suning To Make A Profit From Inter Sale, Steven Zhang Still Wants To Be At The Helm" 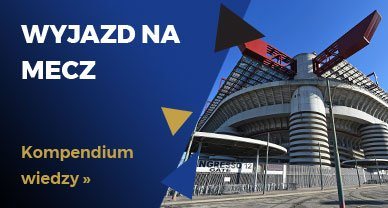